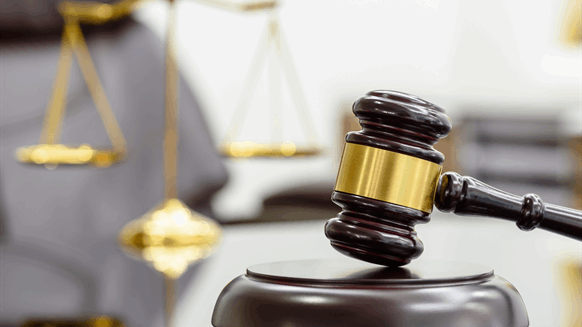 The Court of Appeal will examine the UK government's decision to fund the Mozambique LNG project this week.

The Court of Appeal will examine the UK government's decision to fund the Mozambique LNG project this week.

A legal challenge will be heard at the Court of Appeal today over the UK government’s decision to approve $1.15 billion of financing for a gas mega-project in Mozambique.

It comes after the judicial review, brought by Friends of the Earth, ended up in legal deadlock last December, when two High Court judges disagreed on the verdict and a split decision meant the case was dismissed so it could be heard again in the Court of Appeal.

The Court of Appeal judges will now examine the government’s decision to fund the Mozambique LNG project through its export credit agency, UK Export Finance (UKEF).

Friends of the Earth will argue that financing for the project was permitted after it was incorrectly judged to be compatible with the Paris Agreement and its goal to limit global warming to 1.5 degrees.

The total emissions for the new gas field, which research by the environmental group finds would total some 4.5 billion tons of greenhouse gases over its lifetime – more than the combined annual emissions of all 27 EU countries, were not calculated as part of the government’s approval process or evaluated against global climate goals.

This, alongside a clear contradiction of the UK’s obligation to help other countries meet their own targets to cut emissions, is why Friends of the Earth believes the decision to be unlawful. The appeal decision is expected by early 2023.

“UKEF not only helped finance the project, but it failed to measure all the emissions it would produce – misleading ministers about the scale of its impact. This is a complete failure of credible governance and morally unacceptable in a climate crisis. Climate assessments for fossil fuel projects must measure all the emissions, period. We need to understand the climate impacts of spending taxpayers' money, so we can decline carbon intensive investments like this and fund renewable energy projects instead,” Friends of the Earth’s head of legal, Will Rundle, said.

The hearing in the Court of Appeal, comes after COP27, where little progress was made in phasing out coal, oil, and gas, and securing the action needed to avert catastrophic global warming.

The gas project is project is already impacting communities in Cabo Delgado. People who once made a living from farming and fishing have lost their land and livelihoods. More than a million people have been forced to flee the area where gas was discovered in the last five years, due to conflict and insecurity.

"This appeal is a chance for the UK to show that it can uphold climate justice rather than just paying it lip service. It's time to end the UK government's bankrolling of destructive, colonial fossil fuel extractivism overseas and perpetuating decades of human rights and environmental abuses in countries on the frontlines of the climate crisis," Daniel Ribeiro, campaigner at Friends of the Earth Mozambique, stated.

“Gas has never been a sustainable energy model and has wreaked havoc on many developing countries. A renewable development pathway is not only desired but possible, the UK must withdraw its support from Mozambique LNG. The repercussions of the project will be global and it’s communities like those in Cabo Delgado that are unfairly paying the highest price for climate breakdown,” Friends of the Earth’s international climate campaigner, Rachel Kennerley, said.

“At the heart of this appeal is a fundamental question of climate change law: is it lawful for the UK government to conclude that financing fossil fuel projects abroad, which will lead to an increase in emissions, compatible with the Paris Agreement? The Court of Appeal’s answer is likely to be a defining moment in climate change litigation. Friends of the Earth is clear: without calculating the amount of carbon emissions arising from the use of liquid natural gas extracted from Mozambique, the manner in which the UK government approved the financing was unlawful. We look forward to making those arguments in Court this week,” Leigh Day solicitor Rowan Smith, who represents Friends of the Earth, concluded.