A Look Back at Downstream Trends in 2019 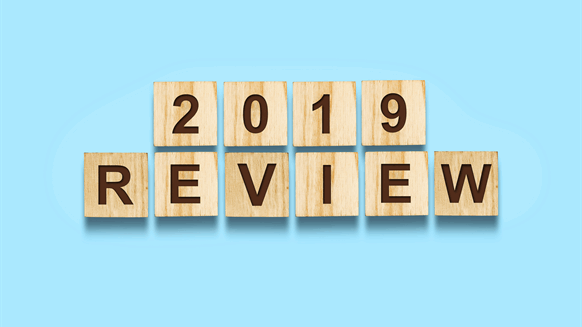 Through the prism of six adjectives, here is a look back at the downstream in 2019.

For several years now, Rigzone has prepared a year-end review of dominant themes in the downstream oil and gas industry during the preceding 12 months. This tradition continues for 2019, but with a twist. As always, the downstream recap will rely on insights Rigzone has obtained from a group of individuals with specialized knowledge about the sector. However, this year’s review hinges on a series of adjectives that encapsulate major themes. Brief explanations of why each descriptor applies follow.

We hope that you enjoy this different take on something that has become an annual ritual for us. So, without further ado, here is a look back at the downstream in 2019 via six adjectives.

Based on comments from Sarah Emerson, president of Energy Security Analysis, Inc. (ESAI), one might use the word “paltry” to define the robustness of the growth rate in oil demand over the past year.

Emerson explained that paltry oil demand growth – less than 1 million barrels per day – has actually been a factor for two years in a row. She added the weak growth rate has concerned refiners.

“Refining margins haven’t been super-weak, but we’re certainly not in the golden age,” she said. “We added globally about 1.2 million bpd of distillation capacity and less than 1 million bpd demand growth.”

Although refiners have anticipated the “IMO 2020“ requirement for years, Emerson pointed out that the industry has grappled with the question of whether it will be able to make enough compliant bunker fuel.

To be sure, refiners have employed various methods to make IMO 2020-compliant fuel for shipping. One such technique is blending biodiesel with high-sulfur fuel oil and distillates. However, as the firm LuminUltra pointed out in November, that process could create a headache for ship owners: a greater risk of corrosion in fuel tanks and pipework.

“The margin environment has been the biggest theme in downstream this year,” Clint Follette, managing director and partner with Boston Consulting Group (BCG), opined to Rigzone.

As a result, he said that many downstream players are searching for ways to improve their cost structures.

They “are responding by looking at sustainable ways to optimize costs, beyond just the typical belt-tightening,” Follette pointed out.

Along the lines of optimizing costs, Follette also noted that downstream firms are largely integrating digital technologies within their businesses.

“Many of these solutions are aimed at efficiency through the value chain, but there is also a focus on improving the customer experience,” Follette said.

“The industry has maintained that significant value can be derived in downstream facilities through predictive analytics and IoT (Internet of Things),” Meyers said.

In this context, “fewer” corresponds to the number of individual downstream competitors given the industrywide consolidation trend. Rick Mena, leader of the Oil, Gas and Chemical Consulting team with the 1898 & Co. unit of the firm Burns & McDonnell, pointed out that a slowdown in demand and continued growth in supply has provided the impetus for consolidation across the downstream.

“Of note were Par Pacific’s addition of certain assets from U.S Oil and Refining Co. for $358 million and PBF Energy’s procurement of Shell’s Martinez Refinery in California for $1 billion,” Goldstein commented.

In addition, Goldstein observed that elected officials are paying attention to the downstream M&A trend.

“The Marathon deal, in addition to the flurry of activity this year, has had some pushback from Congress, with a concern that these newly created mass refineries have the potential to limit competition and create higher prices for domestically refined products,” he explained.

Citing product quality as the most dominant downstream trend for 2019, Mark Le Dain with the oil and gas IoT data and AI firm Validere contends a major area of emphasis for the industry is transferring quality risks from the refinery gate to further upstream.

“Unexpected quality concerns are far tougher to deal with at the refinery as it’s easier to blend or transport non-spec products elsewhere when they are at hubs further upstream,” explained Le Dain, Validere’s vice president of strategy. “Increasingly variable supply qualities combined with constrained infrastructure, particularly in North America, force these qualities to commingle during transport which makes the supply to refiners increasingly unreliable to the point that pricing disconnects occurred in the market.”

Calling it a “great example of a pricing disconnect,” Le Dain recalled the brief occurrence of a premium for physical West Texas Intermediate (WTI) crude where the supply source was well understood versus the NYMEX contract where a range of blended sweet crudes could potentially be delivered if they met specifications.

“One of the steps to rectify this was the implementation of the new specification rules for WTI oil in January 2019 which aimed to catch quality risks further upstream,” Le Dain said. “The need for quality measurement and programs was only emphasized further throughout the year with multiple large-scale off-spec instances on tanker and pipeline deliveries across the world.”