A $20B Fund in Denmark Dumps 10 Major Oil Companies 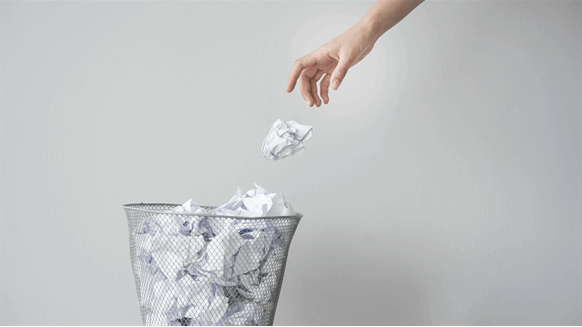 A $20 billion fund in Denmark, MP Pension, is selling its stakes in the 10 biggest oil companies after deciding they haven't done enough to live up to climate goals set out in the Paris accord.

(Bloomberg) -- A $20 billion fund in Denmark, MP Pension, is selling its stakes in the 10 biggest oil companies after deciding they haven’t done enough to live up to climate goals set out in the Paris accord.

The divestment, which represents a total of 644 million kroner ($95 million), means MP will no longer hold shares in ExxonMobil, BP, Chevron, PetroChina, Rosneft, Royal Dutch Shell, Sinopec, Total, Petrobras or Equinor, according to an emailed statement on Tuesday.

MP said it reached its conclusion on the stakes because “the companies are still working against more demanding climate regulation -- despite the companies’ public support for the Paris Agreement.” The fund said the four European majors on the list -- BP, Shell, Total and Equinor -- had made the most progress and were “showing signs of transitioning,” as opposed to the other six. But none of the 10 companies has a business model compatible with the Paris Agreement, it said.

The announcement comes as other major funds across the world review their holdings in oil and gas companies. The world’s biggest sovereign wealth fund, which is based in Norway, is in the process of significantly reducing its exposure to fossil fuels, albeit at a less ambitious pace than initially announced. Norway has also made clear its decision is based on risk considerations, given the economy’s exposure to its oil industry, rather than climate concerns.

MP, which is based outside Copenhagen, said it will assess over 1,000 oil companies before the end of 2020 as part of its goal of revamping its portfolio to be more focused on the climate. The divestments announced on Tuesday represent about two-thirds of MP’s stock holdings in oil, Anders Schelde, the fund’s head of investments, said.

To contact the reporters on this story:
Mikael Holter in Oslo at mholter2@bloomberg.net;
Christian Wienberg in Copenhagen at cwienberg@bloomberg.net

Yarbles  |  September 07, 2019
NO Scientific Case for AGW. Globalist Elite Wealth Transfer Scam.
Walid AlMughrabi  |  September 05, 2019
I reckon the divestiture has at least as much to do with generally lagging shareholder returns from the energy industry as compared with other industries. The environmental advocacy angle makes for a more sympathetic justification. Not that it's not part of their consideration necessarily, but they may not feel so compelled to divest if returns were more competitive.
Rudolf Huber  |  September 04, 2019
It is about time those funds dumped fossil energy. They are a pain at shareholders conventions and it's much better if they sold their stock to those that actually want to be in the fossil business. Things will be smoother when all the party poopers are where they belong - in a nice garden with politically correct flowers. Its not like there are no buyers for fossil stock.
Dr. Daniel Patrick  |  September 04, 2019
$95M is a drop in the energy bucket. More about getting a headline than effecting climate change. What is MP doing to increase minimum wage to $15.00/hour US in poor countries like Vietnam, Central America, including China.so people can have a living wage everywhere in the world?
Ben  |  September 04, 2019
Let the market play out. Climate is an ever changing natural process bigger than humans. If fund participants are happy to loose value in order to promote their agenda then they are quite welcome to do so. Market investment is centered around growth. Without growth a fund is a savings account at best. With negative growth, a fund is a loosing proposition. Those who stay in the fund are paying to subsidize the global agenda. Cheers.
Dan Kurth  |  September 03, 2019
Norway should thank every American, that are not speaking German. Further, who in their right mind believes we can control the earths climate? Only imbeciles like the managers of this hedge fund.
John K  |  September 03, 2019
Good of them to follow the narrative.