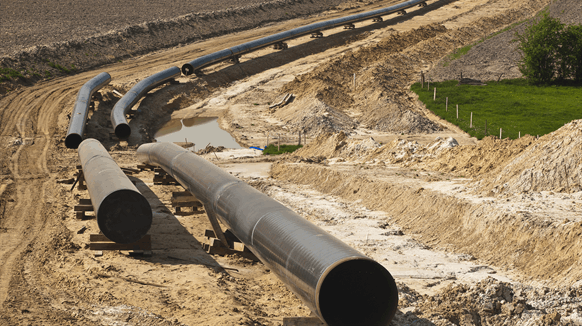 TC Energy Corp. reported Tuesday that it will proceed with construction of the Keystone XL Pipeline Project, adding that it will create thousands of new North American energy jobs.

TC Energy Corp. reported Tuesday that it will proceed with construction of the Keystone XL Pipeline Project, having received an approximately US$8 billion worth of financial support from the Province of Alberta.

“We appreciate the ongoing backing of landowners, customers, indigenous groups and numerous partners in the U.S. and Canada who helped us secure project support and key regulatory approvals as this important energy infrastructure project is poised to put thousands of people to work, generate substantial economic benefits and strengthen the continent’s energy security,” TC Energy President and CEO Russ Girling commented in a written statement. “In addition, we thank U.S. President Donald Trump and Alberta Premier Jason Kenney as well as many government officials across North America for their advocacy without which, individually and collectively, this project could not have advanced.”

The 1,210-mile (1,947-kilometer) pipeline will be capable of shipping 830,000 barrels per day (bpd) of crude oil from Hardisty, Alberta, to Steele City, Neb., where it will link to existing TC Energy infrastructure to reach U.S. Gulf Coast refiners, the company stated.

According to a written statement on the Government of Alberta’s website, construction will start immediately in the province, at the Canada-U.S. border, and in the states of Montana, South Dakota and Nebraska.

TC Energy noted that pre-construction activities are underway and the pipeline should enter service in 2023. The company stated that new 20-year transportation service agreements for 575,000 bpd support the project. It noted the 20-year deals, “with a group of strong, credit-worthy counterparties,” should yield roughly US$1.3 billion in annual earnings before interest, taxes, depreciation and amortization (EBITDA).

Also, TC Energy stated that current contracts for 115,000 bpd of capacity from Hardisty to the Gulf Coast on the existing Keystone line will shift to the new facilities under renewed 20-year contracts once the new infrastructure enters service. The company added that 50 percent of any difference between the estimated capital cost and final cost of the project are subject to a sharing mechanism that will be reflected in the pipeline tolls – subject to terms and conditions outlined in the agreements.

“During construction, we will continue to take guidance from all levels of government and health authorities to determine the most proactive and responsible actions in order to ensure the safety of our crews and community members during the current COVID-19 situation,” Girling stated. “Construction will advance only after every consideration for the health and safety of our people, their families and of those in the surrounding communities has been taken into account.”

TC Energy also noted that it will fund its capital investment with a mix of internally generated cash flow, hybrid securities and common equity by activating its dividend reinvestment program in 2021 and 2022. Also, it stated that it will gain extra financial flexibility to support its credit metrics and capital program by filing a $1 billion equity shelf offering to issue equity as needed. After the project begins service, the company expects to acquire Alberta’s equity investment under agreed terms and conditions and refinance its US$4.2 billion credit facility in the debt capital markets.

On its website the Government of Alberta noted that it will be reimbursed by TC Energy “12 months after oil is flowing through the pipeline.” Moreover, Kenney stated the province will realize a profit from selling its shares and achieve a net return of more than $30 billion through royalties and higher prices for Alberta oil over two decades.

The deal follows six months of negotiations and “rigorous vetting by government officials and outside industry experts,” the provincial government added. Moreover, it stated the project will create more than 1,400 direct and 5,400 indirect jobs in the province during construction.

“We cannot wait for the end of the pandemic and the global recession to act,” Kenney remarked. “There are steps we must take now to build our future focused on jobs, the economy and pipelines. Today we are moving forward with a project that is essential to our future prosperity.”

“This is good news for our oil and gas industry,” stated Minister of Natural Resources Seamus O’Regan. “The Government of Canada has always been a strong supporter of Keystone XL. The project increases our market access – safely, responsibly and sustainably – and fits within Canada’s climate plan. I commend the Government of Alberta on providing equity support and loan guarantees. These will help to ensure the success of the project.”