Above is a rendering of the J-IC project's Field Control Station and Subsea Compressor Station. PHOTO SOURCE: Business Wire

Chevron stated that J-IC will modify the existing Gorgon development by constructing and installing:

The map below from Chevron Australia’s website shows the locations of the Jansz-Io and Gorgon fields in relation to the Gorgon plant. 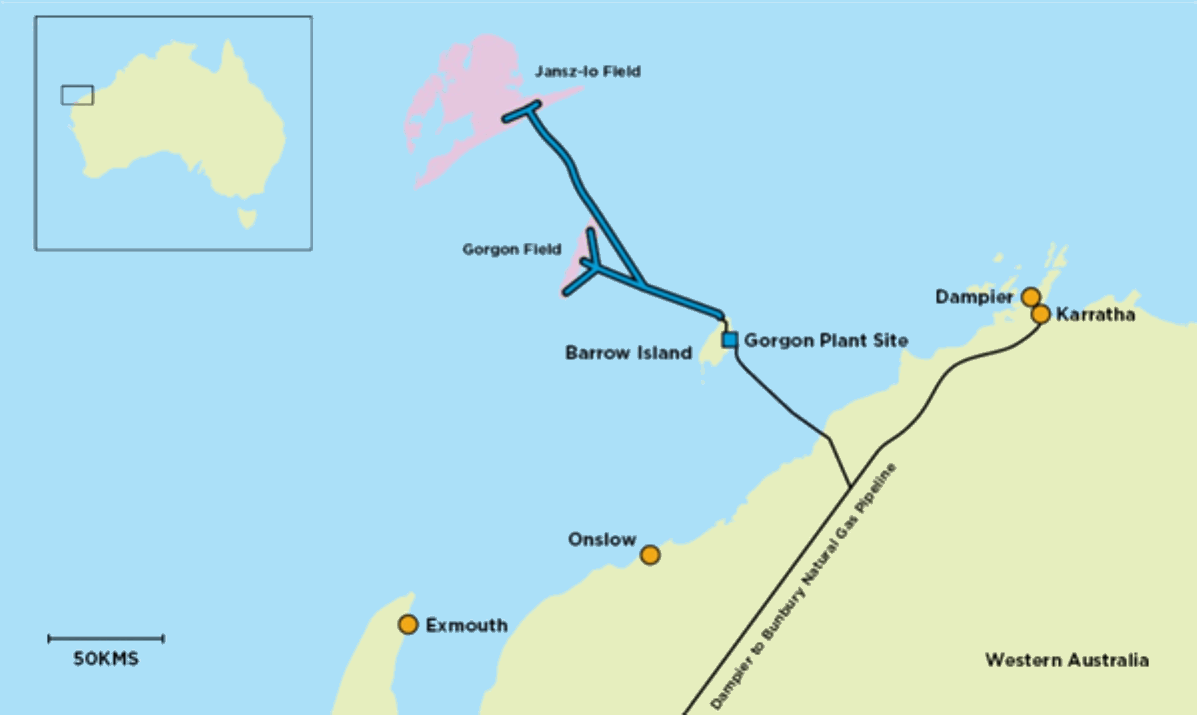 Hearne called J-IC Chevron’s most significant capital investment in Australia since the sanctioning of Gorgon Stage 2 three years ago. Gorgon Stage 2, which is approaching the end of its installation phase, will supply gas from four new Jansz-Io and seven new Gorgon wells, noted Chevron. The company expects J-IC construction and installation activities to take five years to complete.

“This will maintain an important source of clean-burning natural gas to customers that will enable energy transitions in countries across the Asia Pacific region,” commented Hearne.

Separately, Aker Solutions (OTCMKTS: AKRTF) revealed Friday that Chevron Australia will use its subsea compression technology for the J-IC project. The firm noted that it is in talks with Chevron to finalize the contract, which it expects will be worth approximately $814 million (NOK 7 billion; AU$1.1 billion)