46.3B Barrels of Oil in Wolfcamp-Bone Spring 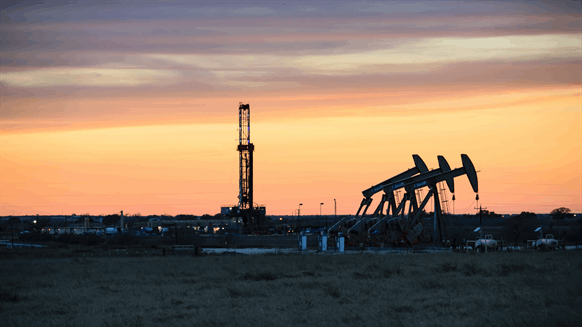 In addition, the USGS analysis finds that the Wolfcamp holds 281 trillion cubic feet of natural gas and 20 billion bbl of natural gas liquids. The USGS – part of the U.S. Department of the Interior – stated that the figures refer to undiscovered, technically recoverable resources.

“Christmas came a few weeks early this year,” U.S. Secretary of the Interior Ryan Zinke said in a written statement Thursday from his department. “American strength flows from American energy, and as it turns out, we have a lot of American energy. Before this assessment came down, I was bullish on oil and gas production in the United States. Now, I know for a fact that American energy dominance is within our grasp as a nation.”

“In the 1980s, during my time in the petroleum industry, the Permian and similar mature basins were not considered viable for producing large new recoverable resources,” USGS Director Jim Reilly said in Thursday’s announcement. “Knowing where these resources are located and how much exists is crucial to ensuring both our energy independence and energy dominance.”

“The results we’ve released today demonstrate the impact that improved technologies such as hydraulic fracturing and directional drilling have had on increasing the estimates of undiscovered, technically recoverable continuous (i.e., unconventional) resources.”

“Today’s announcement reflects yet another benefit of America’s shale energy revolution,” Mike Sommers, API’s president and CEO, said in a statement emailed to Rigzone. “Now the world’s largest producer of natural gas and oil, the United States is a global energy leader at the same time we are driving down GHG emissions.”