3D Printing On Track to Become Vital in Oil and Gas 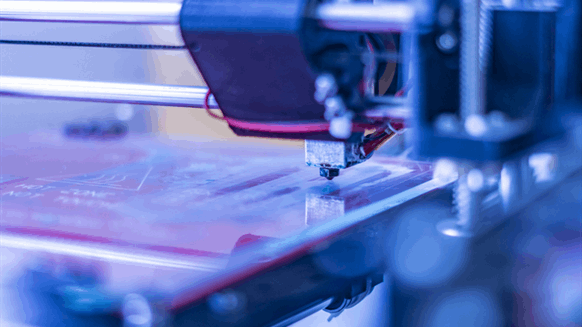 In a new report, the company revealed that the technology is expected to gain “further market penetration” and noted that it has “tremendous potential in the oil and gas industry in delivering productivity gains”.

“Companies find themselves at a critical stage of replacing, retrofitting and maintaining large portions of their equipment and physical infrastructure. 3D printing technology can significantly improve these processes,” GlobalData states on its website.

“3D printing ability to manufacture spare parts would not only speed up processes, but make them much more cost-effective,” the company added.

GlobalData’s website highlights that 3D printing has already made “significant impact” in the construction, aerospace and automotive industries. On its site, the company describes 3D printing as an “up and coming technology set to revolutionize and seriously disrupt processes for many industries”.

GlobalData creates trusted intelligence on the world’s largest industries, according to its website. The company was formed in 2016, following the consolidation of several data and analytics providers.

Earlier this month, the company revealed that the oil and gas industry is witnessing wide-scale deployment of virtual reality technology across its value chain.