2020 Will Be Noteworthy for North Sea 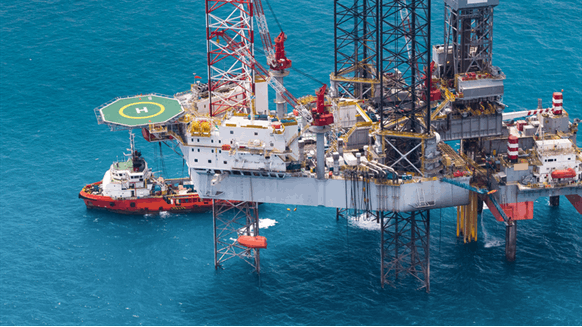 This year will be noteworthy for the North Sea, according to Wood Mackenzie.

This year will be noteworthy for the North Sea.

That’s according to Wood Mackenzie (WoodMac), which said companies will increase production for the first time since 2017 and revealed that the outlook for both exploration and investment is “looking healthy”.

WoodMac also outlined that the region will remain a “global hotspot” for deals and will see “major steps” towards decarbonization.

The energy research and consultancy company expects production to increase by five percent to six million barrels per day “as companies ramp up key fields”. WoodMac said most of the increase will come from big fields that started up in 2019, such as Johan Sverdrup, Mariner and Culzean.

According to Neivan Boroujerdi, WoodMac’s principal analyst for North Sea upstream, the “exploration renaissance we witnessed in 2019” will continue.

“While elsewhere globally exploration budgets remain suppressed, we expect to see 60 exploration wells in the North Sea which is flat year-on-year and similar to pre-downturn levels,” Boroujerdi said.

“Norway will see the most activity, with as many as 40 wells, including up to 10 in the Barents Sea,” he added.

Boroujerdi highlighted that capital investment across the region should total nearly $25 billion, which is roughly in line with last year. The WoodMac representative also said the buzz that saw $15 billion worth of assets change hands in the North Sea last year will continue into 2020.

“Private equity-backed companies will now be thinking about exiting. When combined with a continuation of the supermajor sell-off, it means there could be bargains to be had in the UK,” Boroujerdi stated.

Boroujerdi went on to note that the North Sea will be at the forefront of decarbonization this year. “Harnessing renewables to address the carbon intensity of supply leads the way,” he said.

WoodMac covers a range of industry sectors, including upstream oil and gas, oil refining, LNG, chemicals and renewables. The company traces its roots back to 1923.

In January last year, WoodMac revealed that North Sea exploration was back. In September last year, Rystad Energy outlined that the UK offshore scene was poised for a timely comeback.

Rigzone recently spoke to several North Sea players about their recruitment plans for 2020. To see the article, click here.