$14B LNG Canada Contract Goes to Fluor and JGC 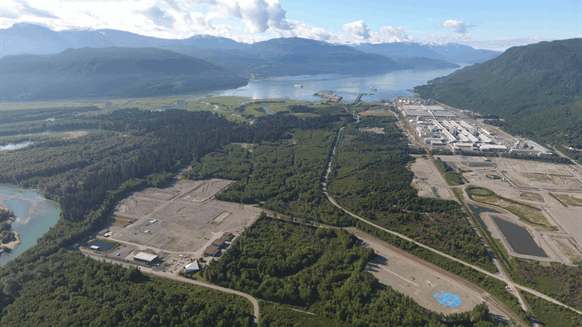 A joint venture of Fluor Corp. and JGC Corp. has won the estimated $14 billion engineering, procurement, fabrication and construction contract for the liquefied natural gas (LNG) export facility that LNG Canada has decided to develop in Kitimat, British Columbia, Canada.

“Fluor remains focused on delivering capital efficiency for our clients and we are excited that our joint venture team’s innovative solutions have helped to enable LNG Canada to achieve the final investment decision,” Fluor Chairman and CEO David Seaton said in a written statement Tuesday. “We are committed to closely collaborating with LNG Canada and the local community to develop this project safely and sustainably and to meet client needs.”

“The LNG Canada project is one of the largest projects ever awarded to JGC, a leading global contractor,” Tadashi Ishizuka, JGC’s representative director, president and chief operating officer said on his company’s behalf. “JGC will draw on its accumulated capabilities and track record of successfully delivering LNG plant construction projects.”

The project scope initially will initially consist of two liquefaction trains with a total LNG production capacity of approximately 14 million tons per year, stated Fluor. The company added that LNG Canada – a joint venture of Shell (40 percent), Petronas (15 percent), Mitsubishi Corp. (15 percent) and KOGAS (five percent) – has the option to expand the facility to four trains.

LNG production from the new export facility is projected to start by the middle of the next decade, JGC stated.

According to the LNG Canada website, the British Columbia project should employ an average of 4,500 people during the first phase of construction but could require up to 7,500. The joint venture anticipates that a two-train facility would support a headcount of 300 to 450 during operations and that four trains would require a workforce ranging from 450 to 800.