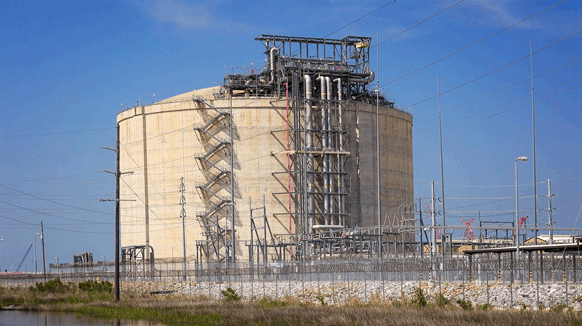 Cameron LNG has begun the commissioning process for the support facilities and first liquefaction train of Phase 1 of its liquefaction-export project in Hackberry, La.

Cameron LNG has begun the commissioning process for the support facilities and first liquefaction train of Phase 1 of its liquefaction-export project in Hackberry, La., Sempra Energy reported Friday.

“All major construction activities have been completed to begin the commissioning and start-up process to produce LNG from the first liquefaction train,” Joseph A. Householder, Sempra’s president and chief operating officer, said in a written statement. “This is a significant milestone for this landmark U.S. energy infrastructure facility – an important step forward in advancing our strategic vision to become North America’s premier energy infrastructure company.”

Sempra, which indirectly owns a 50.2-percent stake in Cameron LNG, noted that the commissioning process includes:

Once the Federal Energy Regulatory Commission (FERC) approves all of the commissioning steps and all steps are successfully completed for the first train, LNG production will begin and ramp up to fully production for delivery to global markets, Sempra stated. Other Cameron LNG owners include Total, Mitsui & Co., Ltd. and Japan LNG Investment, LLC, which is owned by Mitsubishi Corp. and Nippon Yusen Kabushiki Kaisha (NYK).

Phase 1 of the $10 billion Cameron LNG project comprises the facility’s first three liquefaction trains. Sempra stated that all three trains should be producing LNG next year. The company that the facility is projected to export 12 million tonnes per annum (mtpa) – or approximately 1.7 billion cubic feet per day (Bcfd) – of LNG.

According to the Cameron LNG website, the second-phase expansion would add two liquefaction trains with an LNG production capacity of 9.97 mtpa (1.41 Bcfd) as well as up to two additional full-containment LNG storage tanks. The full five-train facility would be capable of exporting up to 24.92 mtpa (3.53 Bcfd) of LNG, the website also states.